Unfortunately through no fault of his Own Pat Lawless has had to retire from the Golden Globe round the world race. There were problems with his Self Steering Aries system which meant that he could no longer continue in the races as he spent the last 5 days Hand steering the boat just to make it into Capetown where he has had to retire. See below the Video of Pat arriving into Capetown. We are all very proud of Pat and what he has achieved in his Saga 36 Green Rebel on Sunday night.

He confirmed a bearing problem and told GGR race officials that he could not repair it at sea. This has been confirmed since he docked in Capetown Yacht Club and the steering system has been take away to be repaired while Pat plans to sail back to Ireland over the next few months. Pat is very thankful to his sponsors and followers who have been a great a great source of encouragement to him since he made the tough and right decision to retire in Capetown

A Solo, non-stop, unassisted round the world 30,000 mile race. Nine months at sea alone in a small boat (GREEN REBEL), the Golden Globe Race is the longest and loneliest sporting event in the World. It will entail stepping back to the Golden Age of solo sailing, with no modern technology.

I will sail the race in the sprit of Edward Conor Marshall O’Brien, the first skipper to take a small boat around the world via the three great southern capes. O’Briens voyage began and ended at the Port of Foynes, County Limerick, Ireland. I will bring with me the candle holder that Conor had with him on his journey.

This race is a fantastic challenge, over the next two years in preparation for this unbelievable adventure, I plan to sail to Iceland and America, in the wake of St Brendan the Navigator.

25-7-2022
Pat is well on his way to Spain to get ready to take pat in the Golden Globe Race Prologue which starts on August 14th. The GGR fleet representing 12 nationalities will be hosted by the Puerto Deportivo de Gijon, well versed in welcoming sailors from all over the world.

They will have a busy week of final GGR preparations of their boats and attending safety briefings, setting up satellite tracking and communications systems specific to the Golden Globe. These systems are finally checked by the organisers with entrants at sea sailing to Les Sables d’Olonne. Entrants will also have time to discover the city and the many events during their stay.

The GGR skippers set sail on Sunday 14th August racing the SITraN Challenge, a 280-mile race to Les Sables d’Olonne, the Capital of Adventure and home of the GGR, on time for the opening of the Race Village on August 20th. That leaves just two weeks for final preparations before the start of the longest, loneliest sporting event of the planet on September 4th.

You can still support Pat Lawless Golden Globe Race and Parkinsons assocation of Ireland campaign by clicking on the link below here: 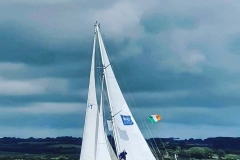 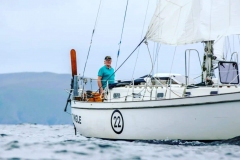 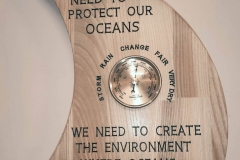 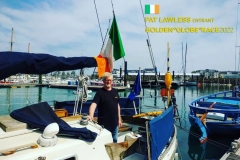 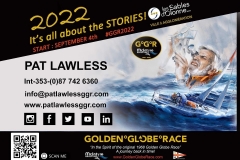 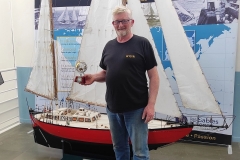 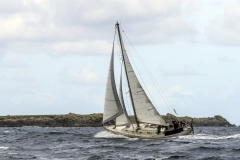 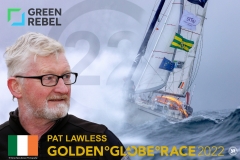 GREEN REBEL Has the GREEN CARD

Going to be on RTE rapido one in a few minutes

Working on my celestial navigation in this beautif

No that the GGR22 entrants are together, we are be

Mighty weather here in Gijon, if a bit hot Brandi

Text from Dad this morning.. ☎️"Lovely trade wind sailing. Wind getting lighter as we move North. Listing To 12233 most days at Noon SSB"☘️☘️☘️His own live tracker here..my.yb.tl/patggrlawless … See MoreSee Less 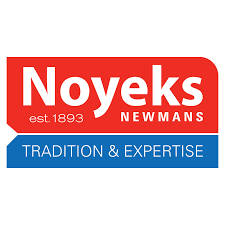 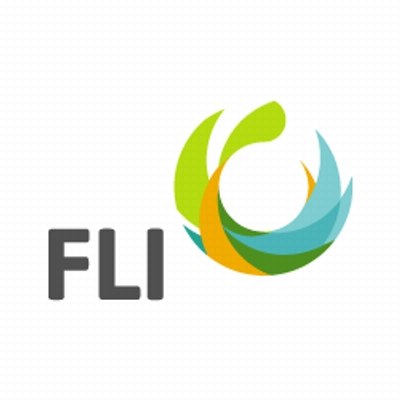